The Awesome Uncertainty of the 2016 Olympic Marathon Trials 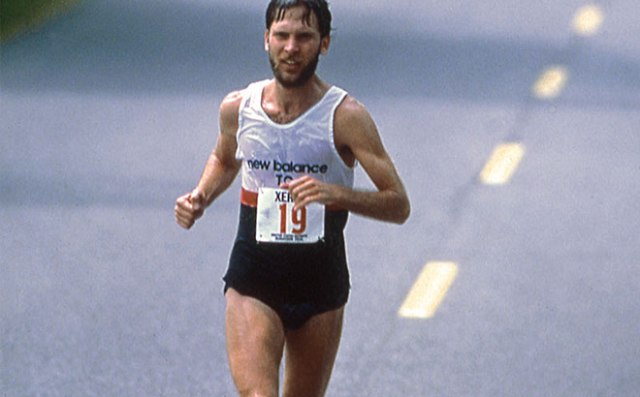 At 10:00 a.m. Saturday morning in Los Angeles, the United States will select three men and three women to compete in the marathon at the 2016 Olympic Games in Rio. Prestige marathons like Boston, Chicago, and New York always have faster fields top-heavy with foreign talent, but the Olympic Trials beats those other races by a mile when it comes to the greatest concentration of American marathoning talent. More generally, it also serves as a four-year check-up on the state of American distance running.

For the past few weeks, I’ve had numerous conversations about the trials, and about which runners stand the best chance to make the team. While I’m interested in the women’s race, most of my attention this year has been on the men’s field. For one obvious reason, I have an especially personal interest in the outcome of the men’s race since Tyler is running. But beyond that, I feel the men’s race is much more uncertain and I have much more curiosity about how it will play out.

I have some notions about how the field will do as a whole (for example, what kind of times it will take to win and make the team), but what I won’t do is make predictions about specific runners. The reason is pretty simple: I’m terrible at it. Oh, I’ll eagerly fill out a prediction ballot on LetsRun, but previous experience handicapping marathons suggests my picks will be spectacularly wrong. I believe it was the late Yogi Berra who said, “In baseball, you don’t know nothing,” and that’s exactly how I feel about 26.2 mile races. So much can happen to derail the favorites’ chances that no single runner is a sure bet to even make the team, let alone win. And how do you account for the previously unknown runner who has the race of his life on that day — the Pete Pfitzingers, the Mark Conovers, the Brian Sells?

The U.S. has been picking its Olympic Marathon teams using a single race since 1968. With the 1968 Olympics being set for Mexico City, the trials race was held in Alamosa, Colorado, to replicate the challenge of running at altitude. The difficulty of running a marathon in thin air was reflected in the relatively slow times, but in the end, George Young, one of the top distance runners in the country at the time, won anyway, in a modest 2:30:48. There were no upsets in 1972 and 1976, as Frank Shorter won both times and went on to win Gold in Munich and Silver* in Montreal. 1980 was the boycott year, and so many top runners, notably Bill Rodgers, didn’t compete. Tony Sandoval won that 1980 race in 2:10:19, a Trials record that would last for 28 years until Ryan Hall smashed it in New York in 2008.

Handicapping the 1984 men’s race, most observers would have picked Alberto Salazar, Greg Meyer, and maybe Ron Tabb (2:09:32 PR) or Benji Durden (2:09:58 PR) to make the team. Some might have favored the 36-year-old Bill Rodgers, although he was past his peak at that point. Salazar who had run the fastest marathon in history a couple of years before, and Meyer, who had won Boston in 1983 seemed like locks. After that, who knew? There were 13 men who had run under 2:12, including the five above, who all had PRs under 2:10.

In 2012, Runner’s World published an excellent retrospective by Marc Bloom on the 1984 race. It was remarkable for many reason, but most memorable for the way an unknown local boy named Pete Pfitzinger left the safety of the pack early and led the race most of the way, before being caught by Salazar and John Tuttle in the final miles. But instead of slipping back into obscurity, Pfitzinger rallied, closed the gap to Tuttle and then out-kicked Salazar for the win.

If Pfitzinger’s win was surprising in the moment, it didn’t appear quite so unlikely in retrospect. Pfitzinger entered the race as a 2:12 marathoner and would beat Salazar again in the Olympics. He would also make the team again with a third-place in the 1988 Trials. However, Mark Conover’s win in 1988 was and remains an astonishing upset, the longest of all long-shots. In a field that included Pfitzinger, Meyer, 1984 fourth-place finisher Dave Gordon, Pat Peterson, Ed Eyestone, and half-marathon world record holder Mark Curp, among others, Conover, whose PR entering the race was 2:18:03 seized the lead with Eyeston (a 27:41 10K man) at 17 miles and pulled away at the end for the win in 2:12:26.

Although 1984 and 1988 might be extreme outliers, they remind me that whether its the Olympic Trials, the Olympics, the Boston Marathon, or any other marathon for that matter, what I think is going to happen almost never happens. So I’m looking forward to tomorrow’s race taking absolutely nothing for granted. Rupp may run and win the race the way everyone expects, or he may falter and drop out. The pace might be conservative, considering the heat and the importance of just finishing in the top three, or some lesser-known runner might break away early, Pfitzinger-like, and try to hold on. Dathan Ritzenhein, one of my favorites for the race (sorry, Ritz!) said it best when he wrote:

“…once the gun goes off there are no favorites. You have to make it happen. If it doesn’t happen on that day then potential and expectation doesn’t mean anything… the names go out the window once the race starts.”

It’s not about PRs or track speed; it’s about making it happen on the day, after months and years of preparation. It might well be the most exciting race we’ll see this year.

Running and Racing have been important parts of my life for as long as I can remember. I ran Track and Cross Country at Amherst HS, back in the day, and am proud to have been training and competing with the Cambridge Sports Union (CSU) for more than thirty years. If my bones hold out, I hope to continue for another thirty. Sixteen years ago, I began coaching, first as an Asst. Coach at Newton North HS in Newton, MA, and for the past ten years, as Head Track and Cross Country Coach at Concord Academy in Concord, Massachusetts. I've been writing about running for almost as long as I've been running, dating back to high school, when I would write meet summaries for the Amherst Record for about $0.33 per column inch. I've been blogging about running since 2005, and began blogging at "the runner eclectic" in 2014. Until recently I also had a day job, working full-time as a Technical Product Manager for Nuance Communications, based in Burlington, MA. But I am now on what might turn out to be a permanent sabbatical. Thank you for reading my blog, and please consider leaving a comment.
View all posts by Jon Waldron →
This entry was posted in Marathon, Olympics, Pro Runners and tagged Marathon Trials, Olympic Trials, Pete Pfitzinger. Bookmark the permalink.