“My opinion is that the single most effective tactic used on Saturday was to have Kipchoge run most of the distance close behind a Tesla vehicle onto which had been mounted a large wind shield pretending to be a clock.” – Ross Tucker, The Pursuit of the sub-2 marathon: where to next?

“At the Endurance Research Conference at the University of Kent [in September 2015], Andy Jones gave a talk about the prospects for a two-hour marathon in which he argued that dramatically reducing air resistance could make an enormous and immediate difference. Simply arranging for a runner to draft behind others all the way to the finish rather than just to the halfway mark, he argued, would enable a runner to go two to three minutes faster.” – Alex Hutchinson in Runner’s World, Does Drag Matter for Runners? (Oct 2015)

Notice to readers: If you were inspired and elevated by Eliud Kipchoge’s tremendous run on Saturday morning, I encourage you to SKIP this blog post. If you are tired of all the negativity out there, and think that any criticism of Nike and the breaking2 project just brings down the sport of distance running, I encourage you to STOP reading now. If you believe that Nike “won” and Nike’s critics “lost,” then you really would be happier if you returned another day, when I’m back to writing about high school athletes, quiet trails, and the seasons of an aging runner.

Readers, you have been warned!

I stayed up until almost two in the morning watching the time trial at the Manza speedway, and it was a compelling performance. I’m sure that there were early morning and late night bottles of champagne popping in Italy and Oregon at the overall success of the breaking2 project. The doubters (like me) were proven wrong.

Although two of the three athletes chosen to attempt the summit of this distance running Everest fell badly off the pace, the one who really mattered, Eliud Kipchoge performed splendidly, covering the full marathon distance in just a little over two hours. Kipchoge has received and deserves a ton of credit for his tremendous near miss.

Within 24 hours, Nike was airing ads celebrating the accomplishment.

And the best part of it was that the illusion was perfect. The trick that made it all possible was right there in plain sight the whole time. I’m referring, of course, to the formation of car and the rotating team of pacemakers who allowed Kipchoge to draft so effectively for almost the entire race. I’m no physicist or aeronautics engineer, but I am convinced by what I have read that the amount of energy saved by reducing air resistance was the single biggest factor in making a great run appear to be something even more significant.

In the words of Ross Tucker:

“Kipchoge didn’t so much break through the barriers of human endurance as he partly bypassed them.  He did not get close to a sub-2 because he overcame the potential limits of energy cost of running that fast – rather, those potential limits were shifted slightly, moved aside compared to normal marathons, by the engineers and the Tesla, and then he took full advantage of that to get close to the summit.” 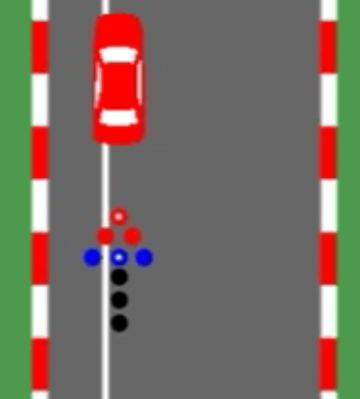 Well, so what’s wrong with that? Nike was completely above board in describing the pacing strategy. The illustration above is from their own breaking2 web site, so they weren’t trying to hide anything. Indeed, they never once pretended that they were staging an official marathon, or argued that it should be considered for record purposes.

And what in the world is wrong with Nike using this event to promote its brand? What kind of socialist, commie, hippie, running purist thinks Nike is evil just because it’s out there spending a ton of money to enhance its reputation and eventually sell more of its prices shoes and clothing? What is wrong with you people, blogging in your blogs and posting to your message boards? Chill out and admit that Nike cleaned your clock (at roughly the same time that it was removing the race clock from the live stream so we wouldn’t know how close Kipchoge was to two hours in the final hundred meters).

Hey, I agree. Nike pulled off a fantastic event. I actually watched the damn thing, and it was pretty cool. And the event was part of a wildly successful marketing campaign, so again, Nike wins big.

But it was an illusion!

The best marathoner on the planet ran 2:00:25, but the engineering (or cheating, in Tucker’s words) made it significantly easier than an actual marathon race. It was a magic trick that looked like one thing, a man smashing way past the limits of what was considered possible, but was in fact a carefully planned and executed demonstration of how skirting the rules against artificial drafting and tweaking certain other factors could improve a world-class runner’s time by about 2%. The thing that made the illusion so effective is that no one really sees reduced air resistance. We only see the result, that is, the man and the clock. That’s the lasting impression. That’s what makes the illusion so effective.

If you’re OK with this, then that’s fine with me. Call me a hater, if you wish, but I’m not here to ruin anyone’s fun.  (Remember, you were warned!)

But if you’re wondering what breaking2 means, either to the future of marathoning or the future of human athletic potential, then the results of this event should give you pause. I suspect that there will be more staged events, and more attempts to find ways to use engineering to make the task more doable.  I suppose Adidas will take a crack at it soon. Meanwhile, in actual marathon competitions, don’t expect there to be a wave of runners suddenly coming close to two hours.

While I hate the comparison of the two-hour marathon with the four-minute mile, contrasting the two is useful here. Within a year of Bannister’s feat, the floodgates opened, and many others ran under the magical barrier. Don’t expect that to happen in the marathon anytime soon.

As for Kipchoge, I think we’re all hoping he runs Berlin this fall and takes down the record for real. I don’t care if he runs “only” 2:02:55, it would be nice for him to make it official that he’s the best and fastest marathon runner in history.

Because right now, he’s associated with the biggest asterisk in the history of distance running.

Running and Racing have been important parts of my life for as long as I can remember. I ran Track and Cross Country at Amherst HS, back in the day, and am proud to have been training and competing with the Cambridge Sports Union (CSU) for more than thirty years. If my bones hold out, I hope to continue for another thirty. Sixteen years ago, I began coaching, first as an Asst. Coach at Newton North HS in Newton, MA, and for the past ten years, as Head Track and Cross Country Coach at Concord Academy in Concord, Massachusetts. I've been writing about running for almost as long as I've been running, dating back to high school, when I would write meet summaries for the Amherst Record for about $0.33 per column inch. I've been blogging about running since 2005, and began blogging at "the runner eclectic" in 2014. Until recently I also had a day job, working full-time as a Technical Product Manager for Nuance Communications, based in Burlington, MA. But I am now on what might turn out to be a permanent sabbatical. Thank you for reading my blog, and please consider leaving a comment.
View all posts by Jon Waldron →
This entry was posted in Marathon, Records & Statistics and tagged Breaking2, Eliud Kipchoge, Marathon record, Ross Tucker. Bookmark the permalink.

1 Response to Path of Least Resistance