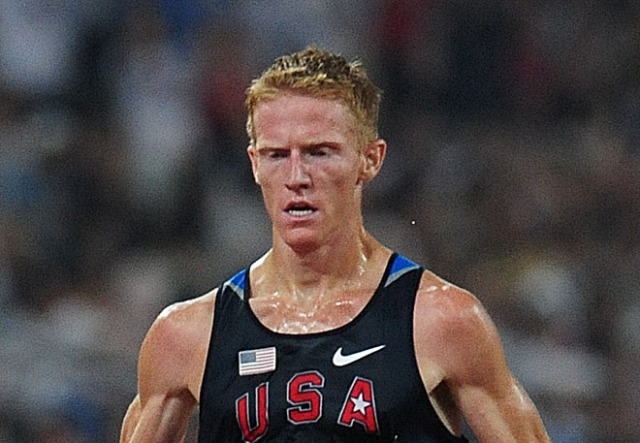 Teg, we hardly knew you.

This seems to be the season for retirement announcements. First Ryan Hall, then Matt Tegenkamp, and most recently Bernard Lagat, who announced that after 2016, we shouldn’t expect to see him trying to make any more U.S. teams in track.

Ryan Hall’s announcement just weeks before the 2016 Olympic Marathon Trials made the biggest impression on the running world. He is the fastest American ever at the half marathon and marathon distances, and only a few years ago, most of us thought he had even better results in his future. As for Lagat, he has had a stellar career full of records and global championships. But at age 41, few will be surprised that he is setting a timetable for withdrawing from the highest echelons of competitive track.

Matt Tegenkamp –Teg — doesn’t have the same stature as Hall or Lagat, but I’ve pondered his retirement announcement for far longer than the announcements from Hall and Lagat. It’s as if I’m seeing Teg for the first time, and finally appreciating him and his quietly extraordinary career.

Maybe some would see it as bad luck that Tegenkamp always seemed to be running in someone else’s long shadow, but Teg himself didn’t seem to feel this way. He seemed tremendously proud of being part of the resurgence of American distance running, even when he was finishing just behind (most of the time) Dathan Ritzhenheim, Lagat, and later younger guys like Galen Rupp, Lopez Lomong, Ben True, and others.

In high school, Teg was part of an extraordinary class. Understandably, the 2000 Footlocker H.S finals is cited as a watershed in American distance running, pitting three future American record holders in Ritz, Alan Webb, and Ryan Hall against each other. Teg had graduated the year before, but the 1999 Footlocker race was arguably deeper than the 2000 edition. In that 1999 race, Teg got 5th behind Ritz, Ian Dobson, Donald Sage, and Josh Rohatinsky, and ahead of Webb, among others. LetsRun neatly sums up the results of that race, and the career accomplishments of the top five from 1999:

The next year, as a redshirt freshman at the University of Wisconsin – Madison, Teg would beat Ritzenheim at the U.S. Junior Cross Country Championship, and then finish 5th (again!) in the 2001 IAAF World Junior XC Championships, behind Kenenisa Bekele, Duncan Lebo, Ritzenheim, and Nicholas Kemboi.

Other than that spectacular result at U.S. juniors, Teg’s college career was beset by injuries and appears somewhat underwhelming. But after becoming a professional runner following his graduation in 2005, over the next two years, Teg became one of the top distance runners in the U.S. In 2006, he set PRs of 3:35.96 for 1500m and 7:34.98 for 3k. He also earned the bronze medal in the 5k at the IAAF World Cup in Athletics. Then in 2007, he won the U.S. Indoor 3k title, outdoors set the American Record for 2 Miles (8:07.07), and made the U.S. team for the World Championships in the 5000m, finishing second to Bernard Lagat.

In many ways, the 5000m final at Osaka defined his career. In that race, Teg came from behind with a ferocious kick to come within 0.03 seconds of earning the bronze medal. Almost every account of his career emphasizes that near-miss as one of the most significant moments in his competitive career, and it is both fitting and indicative of his place in American distance running that a fourth-place finish has such meaning for him and for the resurgence of U.S. competitiveness on the world stage.

The triumphant star of those 2007 World Championships was Lagat, who won gold in the 1500m and the 5000m. But though Lagat had been an American citizen since 2004, as a Kenyan-born runner who had competed for that country in the 2004 Olympics in Athens, Lagat’s success seemed to have little to do with U.S. distance running as a whole. But if Teg, who had always been just one of several talented young American-born runners, could come within a few centimeters of a medal, well, the U.S. must be doing something right, and the future looked bright indeed.

Maybe the other thing about Teg that resonated with fans like me, was that his 4th place in Osaka was the beginning of a remarkable streak of “putting himself in the mix” by making teams and qualifying for finals. Over the next five years (a period during which Lagat and a young Galen Rupp were ascendent, Ritz ran 12:56, and the depth of U.S. 5K and 10K running increased dramatically), Teg made five straight world teams – 2007 Worlds (5K), 2008 Olympics (5k), 2009 Worlds (5k), 2011 Worlds (10K), and 2012 Olympics (10K). Although he never came close to duplicating his 4th place finish from Osaka, he made every final.

And, in 2009, he also ran under 13 minutes for 5000m. In spite of how rare that it for a native-born American, the feeling one got was that Teg wasn’t a once-in-a-generation talent (like Webb at 1500m or Hall at the marathon), he was just one of many in his generation working hard and achieving world-class results.

Talent comes in many forms. There is the talent of transcendent speed (Lagat, Webb), of relentless endurance (Ritz), of being able to train both endurance and finishing speed for a decade without breakdown or regression (Rupp), and then there is the talent of extracting every last drop of ability from yourself in the situations and moments when it matters. Teg had that. And because he did, he always seemed to be a bit of an over-achiever; we were always a little surprised at his continued success.

Well, here’s to you, Matt Tegenkamp. Although there were others among your contemporaries with perhaps greater potential, time and time again, you came close to achieving yours when the stakes were highest.

American distance running was lucky to have you.

Running and Racing have been important parts of my life for as long as I can remember. I ran Track and Cross Country at Amherst HS, back in the day, and am proud to have been training and competing with the Cambridge Sports Union (CSU) for more than thirty years. If my bones hold out, I hope to continue for another thirty. Sixteen years ago, I began coaching, first as an Asst. Coach at Newton North HS in Newton, MA, and for the past ten years, as Head Track and Cross Country Coach at Concord Academy in Concord, Massachusetts. I've been writing about running for almost as long as I've been running, dating back to high school, when I would write meet summaries for the Amherst Record for about $0.33 per column inch. I've been blogging about running since 2005, and began blogging at "the runner eclectic" in 2014. Until recently I also had a day job, working full-time as a Technical Product Manager for Nuance Communications, based in Burlington, MA. But I am now on what might turn out to be a permanent sabbatical. Thank you for reading my blog, and please consider leaving a comment.
View all posts by Jon Waldron →
This entry was posted in Pro Runners, World Championships and tagged Matt Tegenkamp. Bookmark the permalink.