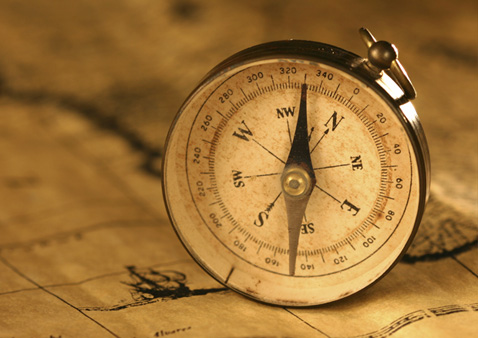 The fall season’s over, and winter sports have begun. The die-hard runners still gather after school to run together, but the numbers are modest compared to the official practices that took place every day for almost three months. In a few days, the kids will have Thanksgiving break. A few weeks after that, they’ll take exams for the fall semester, and then a long break for the holidays. It’s inevitable that over the next several weeks, many of my fall runners will become non-runners. It happens.

But although official practices are over, I still have quite a few tasks, and none as important as having end-of-season, one-on-one meetings with as many kids as possible. I look forward to these meetings, and value the opportunity to ask each kid what “worked” for them this season and what they want for the future. I think this kind of reflection is really important for them and for me. Sometimes it results in my giving them a plan for winter training, but sometimes it simply makes me aware of what’s really motivating them.

It’s not unusual to hear my runners express surprise at how much they learned to like training. Maybe that’s to be expected when so many of the kids who join each year cross country have never thought of themselves as runners in the first place, or as athletes, for that matter. When they signed up, most of them were just hoping to find a team where they’d feel at home. They weren’t thinking about being good — wouldn’t have been able to define what that meant — they just wanted to fit in somewhere, and maybe they listened to friends who told them that it would be fun.

Now, so many weeks later and after they’ve accomplished things that would have been unthinkable when they first started out, I’m asking them where they hope to go from here. As I pose the question, I try to be completely neutral, but it’s sometimes hard to restrain myself from telling them what I think about their potential, and how they should build on what they’ve done so far.

I hear a lot of the kids talk about wanting to stay in shape, which is fine. Quite a few of them have questions about spring track, and want to talk about what event they should do. A few of them are clearly moving on to other non-running sports for the winter and spring, but promise me (oh, how they promise me!) that they will run next summer to be in shape for cross country next year. This is all well and good, and when someone asks me for a plan, I tell them that I’ll oblige.

But the most interesting conversations are with the kids who are genuinely unsure of their true calling. There is, for example, the girl who thought she was a sprinter (she ran on our 4×100 team last year), but in the fall surprised herself and me by becoming the third runner on our cross country team. What was that all about? And what does it mean for this winter and next spring? There is, for another example, the junior boy who showed no obvious foot speed, who responded so well to long, aerobic training that by the end of the year he was running with our top guys and earning All-New England honors. He’s never even run track, so what should he do next?

Then there are those who had success at distance running, but see cross country as a diversion, nothing more. There is the freshman girl, second on our team and a league All-Star, who assures me that she’s really a 400 runner. I’ve never seen her run a 400, so maybe she’s right. But I’ve seen her run three-mile races and eight-mile training runs, and I’m quite sure that she has the potential to be a really, really good distance runner. How much should I insist on the point, especially considering that we’ve worked together for only one season?

And these are just the kids who have already made the commitment to running. Every cross country coach knows that there are athletes playing soccer, or field hockey, or volleyball, who have the potential to be really good runners. Some of them will make the switch, at some point, and discover they like it and can be pretty good. Galen Rupp was a soccer player before Alberto Salazar plucked him out of that world; Andrew Wheating, Grant Fisher, and many others were soccer players who had to be convinced to take running seriously.

And it’s not just distance runners, either. Every year, I try to play matchmaker, introducing athletes to events that they never even considered. I remember last spring convincing an injury-prone 400m runner to try the shot put, and within a couple of meets, she had come within a few inches of the school record. She never really liked it, though. Maybe, with enough time, she would have decided it was her event, but probably not. It just didn’t speak to her the way running did. This highlights the risk of pushing my agenda. Sometimes it goes well, and I look like a genius, and sometimes it turns off the athlete completely.

The funny thing is, figuring out what you really want to do isn’t a process that’s settled in high school. I know of athletes who were throwers in high school, but ten years later were busy running marathons. Runners sometimes find a happier home as triathletes or skiers or even orienteers. The fastest 400m runner who ever ran for Concord Academy won his first ultra-marathon last month. Who would have guessed?

So I remind myself, as I sit across from these kids and help them reflect on the season they just had, that my job isn’t to tell them what to do, it’s to tell them what I’ve observed, to plant the idea in their heads that what they are now is only a foreshadowing of what they might become. It’s heady stuff. But I’ll never be able to tell them their true calling. That’s something that they’ll have to figure out for themselves.

Running and Racing have been important parts of my life for as long as I can remember. I ran Track and Cross Country at Amherst HS, back in the day, and am proud to have been training and competing with the Cambridge Sports Union (CSU) for more than thirty years. If my bones hold out, I hope to continue for another thirty. Sixteen years ago, I began coaching, first as an Asst. Coach at Newton North HS in Newton, MA, and for the past ten years, as Head Track and Cross Country Coach at Concord Academy in Concord, Massachusetts. I've been writing about running for almost as long as I've been running, dating back to high school, when I would write meet summaries for the Amherst Record for about $0.33 per column inch. I've been blogging about running since 2005, and began blogging at "the runner eclectic" in 2014. Until recently I also had a day job, working full-time as a Technical Product Manager for Nuance Communications, based in Burlington, MA. But I am now on what might turn out to be a permanent sabbatical. Thank you for reading my blog, and please consider leaving a comment.
View all posts by Jon Waldron →
This entry was posted in Coaching, High School Runners, Uncategorized. Bookmark the permalink.