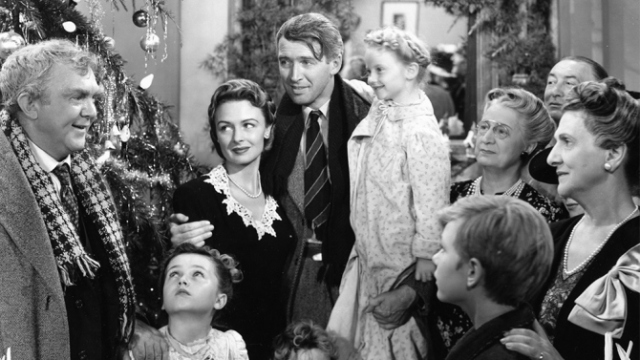 In an alternate universe, I ran in college.

As a high school coach, I’m always very proud and excited when one of my students graduates and goes on to run in college. And since I coach at Concord Academy, a small private school with a reputation for excellence in academics and the arts and not so much for excellence developing athletes, there’s always a special feeling of pride when kids who never thought they were that into sports turn out to be pretty darn good runners.

I’ve been especially tickled this fall to hear that no fewer than SEVEN graduates of CA Cross Country are running for their college teams (six in Div III and one in Div I). According to lists compiled by the CA Communications Office, that’s close to the numbers from all other sports combined. And the number doesn’t even include three more CA grads (non-distance types) who are competing or plan to compete on their college track teams. And of course, there is Tyler, who ran in college and then made the astounding jump to being a professional runner who will be representing the U.S. in the World 50K Championships in Doha later this fall.

It’s a little funny that I should be so puffed up about CA grads running in college, because in some ways, I was the opposite of those students. That is, I ran a lot in high school, and running was a much higher priority for me than it was for most of them. But when it came time to open the recruiting letters and think about running in college, I balked. Actually, truth be told, I balked at the whole idea of college. It took me a couple of years of working and wandering before I finally made it to an institution of higher learning, and it turned out to be one that somehow managed to thrive without the benefit of organized sports teams.

I’ve always maintained that my decision to go to Reed College and not to pursue running in college had nothing to do with being burned out, and had a lot to do with the need to establish an identity that didn’t require me to be a “track star.” Whatever the reason, after high school, running became for me more of a hobby than a sport, and an occasional means of transportation. But during these lost years, it was not a competitive pastime. In fact, I wouldn’t re-discover competitive running until my mid-twenties, several years after my college graduation.

But I do sometimes wonder what might have happened if I *had* trained and raced in college. Would I have been able to survive and thrive on higher mileage and harder interval sessions? Would I have reached higher heights and loftier PRs on the foundation of a more rigorous program? Or would I have, instead, rebelled against the regimentation of a team, and the intrusion of long afternoon practices and longer weekend trip into my college experience? Pushed harder at that pivotal time in my life, would I have quit the sport never to return?

The literary genre that considers the consequences of different choices at critical moments is known as alternate (or “contrafactual”) history. What if Alexander the Great had expanded his empire westward instead of eastward? What if the North had not prevailed in the Civil War? What if Hitler had gone through with his plans to invade England, instead of attacking the Soviet Union and opening the Eastern front? Science Fiction loves a good contrafactual premise, and the alternate universe dystopias that emerge. Perhaps what’s most powerful and startling about contrafactuals is when the initial divergence from what really happened is small and seemingly insignificant, but turns out to be enough to derail major events.

Another side of the genre is the personal contrafactual, which shows how a seemingly insignificant personal choice can have far-reaching consequences. One of the most intimate and moving (or sentimental) contrafacuals is the Frank Capra directed movie, “It’s a Wonderful Life,” where a restless Jimmy Stewart gets to see what his town would have become if he hadn’t been around to pull people out of icy ponds, prevent accidental poisonings, and rescue the savings and loan from failure during a bank run.

As far as world or any other history goes, I suppose nothing could be smaller or less significant than my decision not to run in college. But who knows? Maybe it would have led me down an entirely different path. Maybe I wouldn’t have gone to Reed or met my wife (or if I had, she would have had fair warning that I was a runner geek at heart and would have steered clear of me). Maybe I never would have gotten that first technical writing job or worked in high tech. Maybe I would have begun coaching much earlier. Maybe I’d even be a college coach now, and a bad one for having neglected my real education. Or maybe I would have ended up working for Nike, been a trusted insider turned whistle-blower… Who knows how world history might be different now, if I’d paid more attention to those fatuous recruiting letters.

Well, as in any good contrafactual, when I think about what I would be missing, I’m very happy with my decision to step off the figurative treadmill during my college years. Like Jimmy Stewart, I might sometimes chafe at my boring life and wonder what grand things I’ve missed by staying close to home, but I wouldn’t trade sleepy old Bedford Falls for any alternate version.

And as I watch another generation of CA athletes head off to their college track and cross country teams, I do feel like an awfully lucky guy.

Running and Racing have been important parts of my life for as long as I can remember. I ran Track and Cross Country at Amherst HS, back in the day, and am proud to have been training and competing with the Cambridge Sports Union (CSU) for more than thirty years. If my bones hold out, I hope to continue for another thirty. Sixteen years ago, I began coaching, first as an Asst. Coach at Newton North HS in Newton, MA, and for the past ten years, as Head Track and Cross Country Coach at Concord Academy in Concord, Massachusetts. I've been writing about running for almost as long as I've been running, dating back to high school, when I would write meet summaries for the Amherst Record for about $0.33 per column inch. I've been blogging about running since 2005, and began blogging at "the runner eclectic" in 2014. Until recently I also had a day job, working full-time as a Technical Product Manager for Nuance Communications, based in Burlington, MA. But I am now on what might turn out to be a permanent sabbatical. Thank you for reading my blog, and please consider leaving a comment.
View all posts by Jon Waldron →
This entry was posted in Coaching, High School Runners and tagged college running, contrafactuals. Bookmark the permalink.