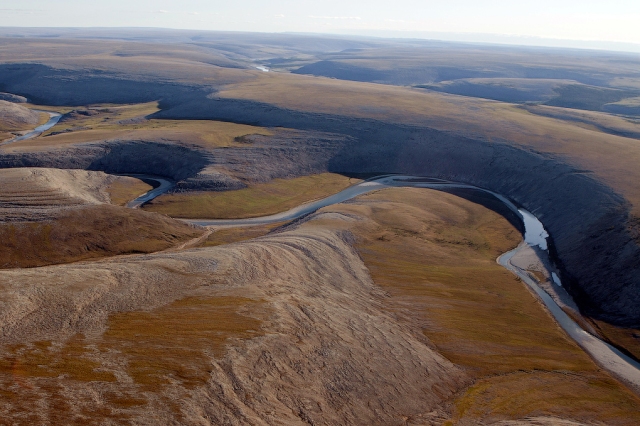 It’s not often that I feel sorry for athletes who are much younger and faster than me. Most of the time, I’m too busy envying them (for their seemingly effortless speed, their ability to train and train and not get hurt, and their optimism about the future) to feel much empathy.

But there’s one big exception: when old guys like me struggle to run times that were a breeze a few years or even a few months ago, it might be a bit frustrating, but it’s more-or-less expected, and I get nothing but encouragement from others for still “being out there” and for not being a couch potato. But when a young athlete struggles — when her performances appear to plateau or even regress and it seems that talent and potential have dried up — there’s little encouragement or understanding. That’s when I think it’s a lot harder to be a young runner than an old plodder.

There is a girl on the CA Cross Country and Track teams who has hit a plateau, maybe even a valley. She is in the spring of her junior year, and for the first time she is experiencing the frustration of seeing her times fail to improve from previous seasons. I remember how, as a freshman new to running, every single race was a revelation with new PRs arriving as regularly as the morning paper. In her first year running cross country, she improved to the point that she was in our top three. In her sophomore year, she was one of the top runners in our league, and earned All-New England honors. Last fall, she plateaued, running about the same times as the year before, while placing a little lower. This spring, she has seen her track times get slower.

She’s still working hard, still applying herself to training, but the results aren’t there. She wants to know why, and I can sense that her parents are confused by it as well. Should she be doing different workouts, running higher mileage, training with the boys? Does she need a new coach? Something seems to be off, and naturally, everyone’s anxious to identify and fix the problem.

But what if there is no problem? What if this valley is an expected, if not inevitable stage in the development of a young runner, part of a journey that encompasses profound physical and emotional changes? Can we at least be patient and compassionate with her, and with thousands of other girls (and boys) who find themselves struggling to succeed at something that used to be so easy and natural?

I thought of her as I watched Mary Cain struggle at the Hoka One One High performance meet last night. I probably don’t need to spend much more time relating what’s already been written. She finished next to last in the second heat of the 1500 in a disappointing time of 4:16.48 (her personal best is 4:04). This winter and spring she has been far off the form that in 2013 and 2014 brought her near the peak of the sport: national championships, world junior records, and a world junior gold in the 3000m.

Because she’s a public figure — a runner who turned professional before graduating from high school — she’s the target of a variety of narratives. I get it. Unlike the thousands of runners who are enjoying the sport for its own sake, she’s getting paid to run, and that brings higher expectations and a need to explain why they’re not being met. There are those who will blame her coach, her focus, her mental toughness, and her decision to turn pro. There are already plenty of people saying “she’s done,” a conclusion I find particularly offensive.

I don’t know what combination of factors has resulted in slower times for Ms. Cain this year, but I am 100% certain that if she has a support system around her, including the patience of family, friends, training partners, and coaches, and if she chooses to continue along the path of being a competitive runner, she is not done.

There isn’t a runner out there who hasn’t experienced a barren period where hard work leads to nothing more than mediocre results. Young runners tend to experience almost uninterrupted success for a few years, and then hit the wall, and can’t figure out why their times aren’t dropping any more. Sometimes its adjusting to college life and college training. Sometimes its working through a physical issue. I don’t think the underlying talent ever goes away, but it can disappear for a while, and it takes a lot to keep hammering away when talent is no longer enough to keep improving, and more important, keep getting satisfaction out of the process.

I understand that fans aren’t coaches, and fans are entitled to joke and jeer at the expense of athletes who are so plainly suffering through what might just be a slump or might be something more serious. So maybe I’m not a fan when I say that no one should write off Mary Cain. No one should write off ANYone who is walking — or running — through the valley of the shadow, even if that person is a professional runner.

Sports is not only about talent on display, it is also about appreciating the qualities of heart and mind that enable individuals to endure when talent abandons them — temporarily, we hope.

Running and Racing have been important parts of my life for as long as I can remember. I ran Track and Cross Country at Amherst HS, back in the day, and am proud to have been training and competing with the Cambridge Sports Union (CSU) for more than thirty years. If my bones hold out, I hope to continue for another thirty. Sixteen years ago, I began coaching, first as an Asst. Coach at Newton North HS in Newton, MA, and for the past ten years, as Head Track and Cross Country Coach at Concord Academy in Concord, Massachusetts. I've been writing about running for almost as long as I've been running, dating back to high school, when I would write meet summaries for the Amherst Record for about $0.33 per column inch. I've been blogging about running since 2005, and began blogging at "the runner eclectic" in 2014. Until recently I also had a day job, working full-time as a Technical Product Manager for Nuance Communications, based in Burlington, MA. But I am now on what might turn out to be a permanent sabbatical. Thank you for reading my blog, and please consider leaving a comment.
View all posts by Jon Waldron →
This entry was posted in High School Runners, Pro Runners, Training. Bookmark the permalink.

3 Responses to Peaks, Valleys, and Plateaus