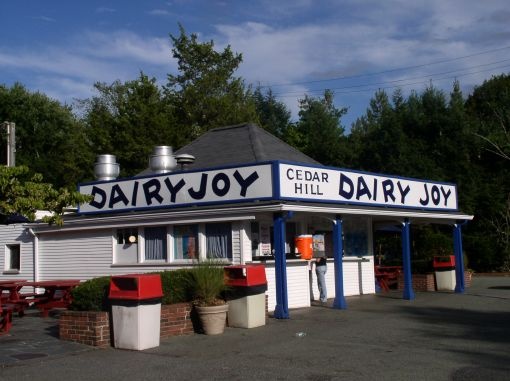 The Beer Mile World Championships have come and gone, and the republic still stands — albeit a little unsteadily, and badly in need of a designated driver to get home safely.

The competition at the BMWCs was fierce and, as expected, the elite runners were no match for the more skilled drinkers. Two-time Olympian and World Silver Medalist Nick Symmonds was the last finisher in the men’s race, and Katie Mackey, the speediest runner in the women’s race, spent so much time drinking her beers that she would have needed a sub-four minute mile to challenge for the win. If there’s anything to be learned from all this, and I doubt that there is, it might be that the people who invented running/drinking events did so because they wanted a way to beat the elite runners at SOMEthing.

In my original I post, I wrote the following:

“…trust me, downing a beer in fifteen seconds followed by sprinting 400 meters does not, in fact, enhance the finer appreciation of the brewer’s art. How do I know this? Call it an educated guess.”

This line prompted a couple of people to ask me if I had ever participated in a beer mile. Heavens, no. Not only do I take seriously my responsibility to be a role model, I have a strong distaste for anything that makes running harder than it already is – especially food and drink. Even as a kid, I would make sure I didn’t eat or drink anything for five hours before I ran. I wanted to run on an empty stomach, and even a small amount of food would bother me.

However, there was at least one time when I did participate in a race that involved consuming a substance designed to make it quite uncomfortable to run fast. I am referring, of course, to the Great Dairy Joy Run, which took place some twenty years ago, and which still lives on in the memories of those who took part.

In those days, I worked at a company called Interleaf, in a building located in Waltham along Route 128. Most days, I ran at lunchtime with my friend Bob, and we would head down the hill from our building, cross the highway at Totten Pond Road, and do one of several loops. One such route took us past the Dairy Joy ice cream stand on Route 117 in Weston.

The Dairy Joy is a fun roadside attraction and local institution that opens in late March and stays open until October, serving a variety of snacks, sandwiches, fried foods, and — most importantly — soft-serve ice cream. Passing the Dairy Joy regularly on our runs, it was inevitable that we’d discuss the possibility of stopping one day to enjoy a cone, before jogging back to the office. But for various reasons, we never got around to doing it. In fact, we probably talked about it for a couple of years before we decided that enough was enough, and we’d better plan an actual event to make it happen. Thus, the original idea of a leisurely run for ice cream morphed into plans for a race.

Over the course of many lunchtime runs, the rules of the race emerged: it would begin at the Dairy Joy with each competitor purchasing a small ice cream cone. On command, competitors would eat their cones and, when finished, begin running back to work and to an agreed-upon finish line. There was a small, but crucial detail. For the running portion of the event, competitors could choose their own route. This clause had been inserted because there were two fairly obvious ways back, one of which was slightly shorter, but involved a big hill. This was the loophole that I would exploit.

As the appointed day drew near, we tried to convince various co-workers to join us in what was sure to be a memorable event. Unfortunately, only a few other runners were interested, and on the day of the race, they all came up with excuses. So Bob and I found ourselves jogging the three miles to Dairy Joy as the only two competitors. Still, we had waited so long, we weren’t going to put it off another day.

As soon as we said “go,” it was obvious that Bob was far more adept at sucking down ice cream than I was. After two minutes, he had finished his cone and had set off at a trot, while I was barely halfway through my cone. I checked my watch and began thinking about the handicap I would have, and how much I would have to make up. Finally, after four and a half minutes, I was ready to go. In case you are wondering why I didn’t cheat and toss the partially eaten cone in the trash, I should mention that Bob had complete trust in my good sportsmanship It cost me 2:38 of precious time, but I followed the rules to the letter and finished my cone before setting off.

After it was all over, I tried to put myself in Bob’s shoes. I thought about how he ran those three miles knowing that at any moment he might hear footsteps behind him. He knew that I was considerably faster than him, so he probably felt he had to run pretty hard. In any case, as he got closer and closer to the finish and allowed himself to look back, he would have been relieved to see that there was no one in sight. He would have relaxed, and then slowed to enjoy his victory. It would have been sweet right up until the moment that he looked up to see that I was already waiting for him, having arrived at the finish several minutes earlier.

In the many months prior to our actually doing the event, I had surveyed every possible way of getting from the Dairy Joy to our building. In my explorations, I had made a useful discovery. It was possible — by counter-intuitively heading at right angles to the obvious way back — to reach a cul-de-sac that backed onto a large, pathless wooded area. By bushwhacking through this wilderness (and not getting lost), an intrepid runner could follow a fairly straight line to a spot near the bridge that crossed 128 and led back to our work. This trick reduced the total distance by over half a mile, assuming one didn’t get lost navigating the woods. Unbeknownst to Bob, I had been practicing this route for months on weekends and on the days when he wasn’t able to join me on runs. I was an expert on that shortcut, and on the day of the race, I spent an extra couple of minutes enjoying my ice cream cone secure in the knowledge that with speed and cunning I could easily make up five minutes or more.

That was twenty years ago. Since then, I haven’t participated in any other competitive eating or drinking events. A couple of years ago I did go for a run with a former student who insisted of stopping at the school cafeteria and grabbing a bowl of ice cream as we headed out for an easy 4-mile shakeout. He proceeded to eat the ice cream while running. I told him that he was spoiling both the ice cream and the run.

“Au contraire,” he replied, “they are even better together.“

Running and Racing have been important parts of my life for as long as I can remember. I ran Track and Cross Country at Amherst HS, back in the day, and am proud to have been training and competing with the Cambridge Sports Union (CSU) for more than thirty years. If my bones hold out, I hope to continue for another thirty. Sixteen years ago, I began coaching, first as an Asst. Coach at Newton North HS in Newton, MA, and for the past ten years, as Head Track and Cross Country Coach at Concord Academy in Concord, Massachusetts. I've been writing about running for almost as long as I've been running, dating back to high school, when I would write meet summaries for the Amherst Record for about $0.33 per column inch. I've been blogging about running since 2005, and began blogging at "the runner eclectic" in 2014. Until recently I also had a day job, working full-time as a Technical Product Manager for Nuance Communications, based in Burlington, MA. But I am now on what might turn out to be a permanent sabbatical. Thank you for reading my blog, and please consider leaving a comment.
View all posts by Jon Waldron →
This entry was posted in Attempts at Humor, My Back Pages and tagged dairy joy, ice cream. Bookmark the permalink.