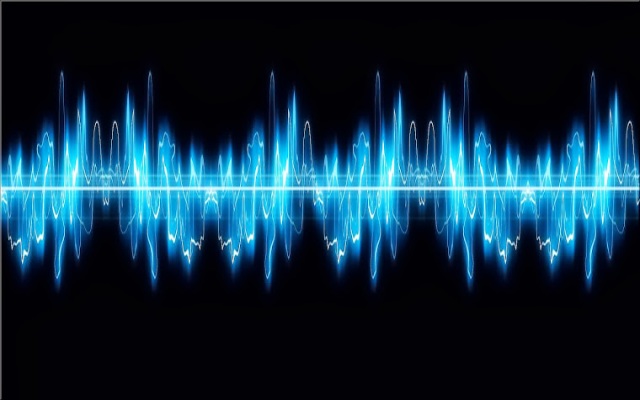 Imagine a tiny transmitter whose one function is to monitor conditions in its tiny corner or the world, and if it detects a problem, broadcast a distress signal. Well, for the last five months or so, I’ve been aware of a little transmitter operating from the area slightly above and behind my right ankle. This transmitter has been steadily and faithfully broadcasting a simple message to my brain. Sometimes that message has been loud and sometimes quite soft. I have tried paying close attention to it, and I have tried ignoring it. There have been plenty of times when it was all but drowned out by more urgent messages, but when the louder alarms ceased to sound, there it was again, a short, repeated bulletin from my lower leg: DON’T RUN ON ME.

My relationship with the message has been complicated. That’s in part because the message itself has been hard to figure out. I’ve tried running through it, tried resting my leg completely (taking time off from running), done lots of strengthening exercises, and tried limiting my running to only 3-4 miles a day. Truly, it has been mostly trial and error. After completely resting my foot, I decided that complete rest wasn’t enough and that I needed to strengthen the injured part. After some false starts, I decided that a combination of short runs, PT-type exercises, self-massage, and icing put me on a gradual improvement curve. Did I find the magic formula? I’m sure I did not; but I did find a formula that allowed me to run a bit (very important for my mental state) and make a little progress. So I suppose I neither heeded, nor ignored the message from my leg; I listened to it, but didn’t entirely follow its advice.

On Tuesday I was at the track, and I had just begun jogging when I realized that the signal had gone silent.

The really strange thing is that I still felt what I’ll call tenderness, or a minor soreness, in that ankle. The PAIN was not completely gone, but the “do not run” message was. My brain searched for it, but couldn’t find it. It was weird, and I can’t ever remember being so aware of the difference between pain as an objective physical thing, and the interpretation of pain. I was surprised how binary it was.

The first thing that I felt was RELIEF. I think that one of the hardest things about an injury — and something that gets lost in the discussion of physical recovery — is the mental burden of trying to reconcile the mixed messages that the body sends about participating in training again. Running with discomfort is like a football team trying to run a play when the players are openly questioning whether it should be a run, a pass, or a punt. You can ignore their dissension and try to execute Omaha Red 46 but the result might not be a happy one. Or you can be sensitive to each and every complaint, and wait for the complaining to subside. Maybe that’s the best way after all, but for me at least, it’s a very hard thing to do.

The second thing that I felt was SUSPICION. I told Jonathan that I didn’t entirely trust this latest development. It was quiet out there… too quiet. I certainly didn’t consider this absence of a clear signal NOT to run to be equivalent to an endorsement to go wild with lots of fast miles. But how should I interpret it?

It’s almost a week later, and my ankle has continued to feel better every day. I’m continuing to be cautious, but I’m optimistic that it’s really on the mend. But no celebrations yet. I’m still dealing with pain and tightness in my right hip and glutes, and that’s limiting how much I can do as I continue my modest efforts to gradually return to form.

My last words to Jonathan on Tuesday were that this has been a really interesting injury, and even though it sounded like bitter sarcasm, I actually meant it.

Muscles and tendons do more than propel and guide our bodies through space. They also keep a “running” commentary about what they’re doing and what’s happening in the real world.

That’s not the way they’re portrayed in the popular media, though. TV ads for Advil, Nuprin, and the like, portray muscles and joints as whiney complainers who keep us from doing what we want and what we are more than capable of doing — if only our body would fall in line! The ads promote their products with a promise of putting a stop to muscle aches and pains, allowing us to go back to lifting boxes, frolicking with grandkids, and playing tennis. No advertisement ever mentions the wisdom of tissue, and it’s role in telling you what’s really going on out there in the provinces.

In my own experience, physical activity has the character of a multi-sided conversation, with sensors throughout the body reporting their fascinating observations. And I find this to be true whether I’m feeling healthy and strong, or whether I’m a hurting puppy trying to come back from the latest injury. When everything’s going well, it’s like the many parts of an orchestra blending together to make soaring music. When everything’s messed up, it’s like the musicians can’t agree on the score — but it hardly matters because the concertmaster has just pulled the fire alarm.

I, for one, am relieved not to hear that alarm any more. If the fire really is out, then maybe we can go back to figuring out what the heck we’re gonna play.

Running and Racing have been important parts of my life for as long as I can remember. I ran Track and Cross Country at Amherst HS, back in the day, and am proud to have been training and competing with the Cambridge Sports Union (CSU) for more than thirty years. If my bones hold out, I hope to continue for another thirty. Sixteen years ago, I began coaching, first as an Asst. Coach at Newton North HS in Newton, MA, and for the past ten years, as Head Track and Cross Country Coach at Concord Academy in Concord, Massachusetts. I've been writing about running for almost as long as I've been running, dating back to high school, when I would write meet summaries for the Amherst Record for about $0.33 per column inch. I've been blogging about running since 2005, and began blogging at "the runner eclectic" in 2014. Until recently I also had a day job, working full-time as a Technical Product Manager for Nuance Communications, based in Burlington, MA. But I am now on what might turn out to be a permanent sabbatical. Thank you for reading my blog, and please consider leaving a comment.
View all posts by Jon Waldron →
This entry was posted in Injuries & Health. Bookmark the permalink.